This probably should have some kind of weirdness advisory on it. If the first one doesn’t disturb you a little bit, skip ahead. There’s more.

Possibly the rantings of a madman, but interesting take on the symbolism of Madonna’s Super Bowl show.

The ritual itself was a hyper-kinetic download into millions of zombified, guac-stuffed bodies and fermented brains. Its meant to go off at the symbolic level of the psyche, where symbols, not language assemble thought and entrain us to remember that we are the slaves of pharaohs and viziers who hold the “true knowledge.” Lastly, its a virtual temple, a symbolic portal to the grand mega ritual, that will be happening in London, where the Sun King, (William) will be initiated from “Horus the Younger” (Heru-pa-khered) to “Horus the Elder” (Heru-ur).

Robert Phoenix » Madonna’s Super Bowl Ritual On The Cancer Moon And The Strange Alignment Of The Giants And The Patriots.

In Da Club
with Mr V and Miss Patty, by Copyright

When I lived in Vermont, I believe it was the University of Vermont, one of the colleges there, I heard of the Abenakis, the Native American tribe there. They have stories, of what happened 10,000 years ago, when the mountains of blue ice, the walls of blue ice, receded: what happened, where and when, the order in which it happened, and things like that. A bunch of geologists checked it out, and the memory was accurate. A 10,000 year-old accurate memory.

There are a number of anthropologists over the years who’ve pointed out how literacy has really been a curse in some ways, as much as a blessing, because when we started writing things down, we stopped telling stories. We stopped having these multigenerational stories. We stopped teaching our children. And it’s so important that there be some stories that transcend literacy, that transcend the written down, the “here, it’s in a book.” It’s so important that we teach our children stories.

Scientists have known for a long time that sound waves coming from opposite directions can cancel each other out, creating areas of relative quiet. This is not just a laboratory effect, but can be observed, for example, if two pipers play their pipes as they walk around a field.

Now an acoustic researcher has theorized that the unusual layout of the ancient uprights at Stonehenge was designed to mimic this effect. 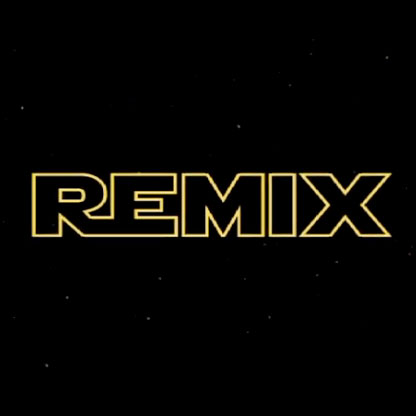 Everything is a Remix Part 1 from Kirby Ferguson on Vimeo.

Remixing is a folk art but the techniques involved — collecting material, combining it, transforming it — are the same ones used at any level of creation. You could even say that everything is a remix.
To support this series please visit http://www.everythingisaremix.info/?page_id=14

Everything is a Remix Part 2 from Kirby Ferguson on Vimeo.

An exploration of the remix techniques involved in producing films. Part Two of a four-part series.

Everything is a Remix Part 3 from Kirby Ferguson on Vimeo.

Everything is a Remix Part 4 from Kirby Ferguson on Vimeo.

Our system of law doesn’t acknowledge the derivative nature of creativity. Instead, ideas are regarded as property, as unique and original lots with distinct boundaries. But ideas aren’t so tidy. They’re layered, they’re interwoven, they’re tangled. And when the system conflicts with the reality… the system starts to fail.

Sweet cover of America’s Horse with No Name.