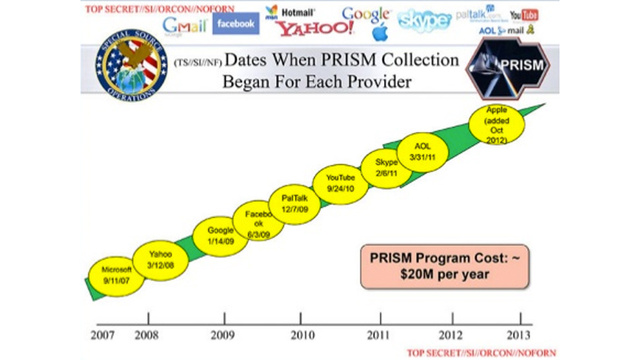 “There are plenty of reasons to be discomforted by the recent NSA PRISM scandal, chief among them the total obliteration of any remaining notion of privacy we might have had. But there’s another less pressing, yes, but still confidence-shattering concern that has echoed around our internet’s hallowed halls this past week: the fact that this massive, top-secret, data-mining government enterprise allowed a drunk eight-year-old to design their PowerPoint slides.”

via The Best and Worst Redesigns of PRISM’s Atrocious PowerPoint.